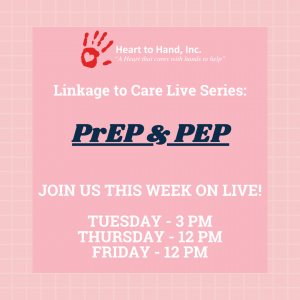 PrEP stands for pre-exposure prophylaxis. The word “prophylaxis” means to prevent or control the spread of an infection or disease.  PrEP is ultimately a way for people who do not have HIV but who are at very high risk of getting HIV to prevent HIV infection by taking a pill every day. The pill (brand name Truvada) contains two medicines (tenofovir and emtricitabine) that are used in combination with other medicines to treat HIV. When taken daily, PrEP is highly effective for preventing HIV. Studies have shown that PrEP reduces the risk of getting HIV from sex by about 99% when taken daily. Among people who inject drugs, PrEP reduces the risk of getting HIV by at least 74% when taken daily. PrEP is much less effective if it is not taken consistently. As PrEP only protects against HIV, condoms are important for protection against other STDs. (https://www.cdc.gov/hiv/risk/prep/index.html)

For those at risk for HIV, daily PrEP is highly effective for preventing HIV from sex or injection drug use. PrEP is much less effective when it is not taken consistently.

PEP (post-exposure prophylaxis) means taking antiretroviral medicines (ART) after being potentially exposed to HIV to prevent becoming infected. PEP should be used only in emergency situations and must be started within 72 hours after recent possible exposure to HIV. If you’re prescribed PEP, you’ll need to take it once or twice daily for 28 days. PEP is effective in preventing HIV when administered correctly, but not 100%. PEP is safe but may cause side effects like nausea in some people. These side effects can be treated and aren’t life-threatening. If you’re HIV-negative or don’t know your HIV status, and in the last 72 hours you

please talk to your health care provider or an emergency room doctor about PEP right away.

Either way, you should continue to use condoms with sex partners and safe injection practices while taking PEP (https://www.cdc.gov/hiv/basics/pep.html)!