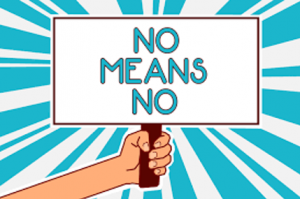 Disclaimer: If you have experienced any form of sexual assault, we encourage you to call RAINN’s (Rape, Abuse, and Incest National Network) National Sexual Assault Hotline at 1-800-656-HOPE (4673). They’re available 24/7 and also have an online chat if you’re not comfortable actually speaking to someone on the phone.

Sexual is behavior characterized by the making of unwelcome and inappropriate sexual remarks or physical advances in a workplace or other professional or social situation. (https://www.eeoc.gov/laws/types/sexual_harassment.cfm)

Harassment does not have to be of a sexual nature, however, and can include offensive remarks about a person’s sex. For example, it is illegal to harass a woman by making offensive comments about women in general. Both victim and the harasser can be either a woman or a man, and the victim and harasser can be the same sex. (https://www.eeoc.gov/laws/types/sexual_harassment.cfm)

Acquaintance rape is rape committed by a person who the survivor personally knows. The Federal Bureau of Investigation (FBI) defines rape as “penetration, no matter how slight, of the vagina or anus with any body part or object, or oral penetration by a sex organ of another person, without the consent of the victim.”4 This is also often referred to as “date rape,” especially when the two parties have agreed to a romantic relationship, but the survivor has not consented to sexual intercourse.( https://sexinfo.soc.ucsb.edu/)

Acquaintance rape is often misunderstood; people think that because the two parties know each other, it isn’t “real rape.” This is incorrect—rape is a felony crime, regardless of the relationship between the people involved. A clear, consenting “yes” needs to be communicated in order for sexual contact to be legal. (https://sexinfo.soc.ucsb.edu/)

Non-stranger sexual assault (formerly referred to as acquaintance rape), including rape, occurs when someone you know, or are familiar with, forces, coerces and/or manipulates you to participate in unwanted sexual activity.

A perpetrator of non-stranger sexual assault can be a friend, a neighbor, someone you met at a party, someone your friend knows, a dating partner, your employer or someone you’ve known for a long time. 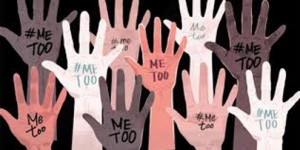 Drug-facilitated sexual assault occurs when alcohol or drugs are used to compromise an individual’s ability to consent to sexual activity. These substances make it easier for a perpetrator to commit sexual assault because they inhibit a person’s ability to resist and can prevent them from remembering the assault. Drugs and alcohol can cause diminished capacity, a legal term that varies in definition from state to state.

What is sexual assault?

“Sexual assault” is any unwanted sexual, physical, verbal, or visual act that forces someone to have sexual contact against his or her will. It’s motivated by the need to control, humiliate, and harm. Some examples are: harassment, rape, incest, oral sex, molestation, forcing someone to pose for pictures, and unwanted touching.

It’s a specific type of sexual assault. It involves any forced, manipulated, or coerced penetration of the vagina, anus, or mouth by a penis or other object. It is not a crime of passion. It’s a crime of violence—often used to scare or degrade the victim. It’s a common misconception that sexual assault and rape are perpetrated by strangers. Most survivors know their perpetrators. According to Bureau of Justice statistics, 60 percent of survivors are assaulted by an intimate partner, relative, friend, or acquaintance. This rate is even higher for women who were assaulted or raped in college.

When does rape or sexual assault typically occur?

Sexual activity requires consent, which is defined as clear, unambiguous, and voluntary agreement between the participants to engage in specific sexual or nonsexual activity. Consent is an enthusiastic, clearly communicated and ongoing yes. Consent is a clear “yes” to your partner, not the absence of a “no.” It’s not okay to assume that once someone consents to an activity, they are consenting to it anytime in the future as well. “Whether it’s the first time or the hundredth time, a hookup, a committed relationship or even marriage, nobody is ever obligated to give consent just because they have done so in the past. A person can decide to stop an activity at any time, even if they agreed to it earlier.”

Nonconsensual sex is rape. A person who is substantially impaired cannot give consent.

For more info about consent, check out this great Consent Tea Video!